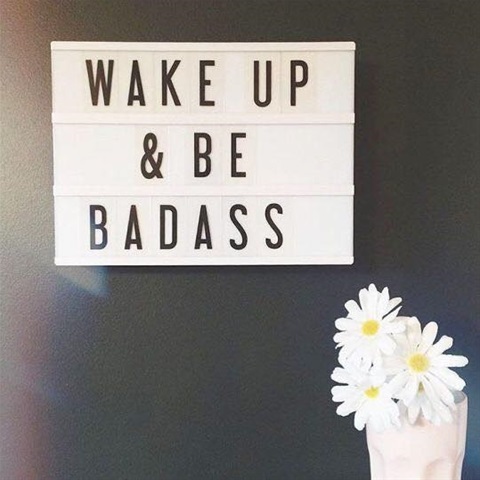 It is the best of times …in my world. My husband and I are in the twilight of our lives, retired, blessed with relatively good health, living in a comfortable environment and able to pursue our passions. Our children are prospering and our grandchildren are, of course, perfect.

It is the worst of times for people of color. Under the tutelage of the current occupant of the White House, we are witness to and living in a racial climate in this country that has reverted to pre-civil rights era times. I am a child of the 50’s and 60’s and not since then have I been more concerned about the safety and welfare of the African American citizens of this country.

AA citizens, including our elected officials, are routinely disrespected and attacked by the current administration and it’s like minded followers. Men, women and children of color are being gunned down because shooters know they can rely on “Stand Your Ground” and justifiable homicide laws. All of this is happening, at least in part, because minorities in this country are woefully outnumbered. Because we are considered “less than”. Because predominantly white juries are slow to convict white men who kill black citizens. Because the current occupant of the White House has given them a pass to do so.

It is the age of wisdom ~ We glow in the wisdom of our forefathers and their battle for equal rights and fair treatment for all. Even as we watch the laws they died for being plundered and weakened, we will continue to fight and pray for the wisdom to continue the battle, for the wise among us know, the battle is far from over.

It is the age of foolishness. We have become purveyors of fake news and willing participants in endless conversations about worthless information which fails miserably at helping us solve issues and birth new and innovative ideas to combat those of our oppressors. We must wake up and stay woke!

It is the epoch of (dis)belief. Our trust system has been shaken and our principles questioned. We need leaders, like leaders of old, but we have become so distrusting no one seems to know where or how to begin to lead us out of our current situation.

It is the epoch of incredulity.  As a child, I never believed I would live to see Barack Obama, an intelligent, articulate and fair black man, elected POTUS. Given the strides that have been made, I never thought I would witness the defeat of Hilary Clinton, a strong and super-experienced white woman who couldn’t shake off the dust of previous mistakes and misperceptions.

Yet, I never imagined the unimaginable would be followed by the election of a racist, egotistical liar and manipulator whose undying mission and passion is to obliterate President Obama’s legacy and to shame Hilary into oblivion.

It is the season of Light. Just like the seasons of the year, seasons of light come and go. Our lights shine brightest when people of all ages, colors and ethnic backgrounds unite and work tirelessly to create a better world for everyone. It is dimmed when people work just as hard on the other side, to dim our light.

I believe Barack & Michelle Obama, Jimmy Carter and Marian Wright Edelman and even George Bush, are just a few of the many beacons of light working tirelessly to keep our lights on. Why? Because that is what is needed to counter the shade thrown by the likes of the current occupant of the White House, and his allies and cohorts, who work overtime to dim our lights, no matter the cost to America.

It is the season of Darkness. At the helm of our country is a person who has been accused of sexual harassment, who pardoned a racist (whom the press describes not as a racist but as “polarizing”), and who publicly stated there were “many fine people” among the torch-bearing white nationalists following the neo-Nazi violence in Charlottesville.

Just when I thought he couldn’t go lower – he is now embroiled in a firestorm – which he continues to fuel and refuel – with the widow of a fallen soldier and a Florida Congresswoman, both AA.

When Congresswoman Fredericka Wilson was asked for her reaction to a call from #45 to the widow, she responded that he came across as uncaring; that he referred to the soldier as “your guy” instead of by his name and that he told the widow, “He (her dead husband) knew what he signed up for”.

It is probable had the Congresswoman responded differently or not at all, this debacle would have been avoided, the widow would have been spared enormous hurt, and the country would not be caught up in this devisive firestorm. The Congresswoman, perhaps, spoke out of turn, but I cannot condemn her for making an excited utterance, an “unplanned reaction to a “startling” event.

Certainly it might have - and should have -  ended with her statement  had #45 not tweeted, “The fake news is going crazy with wacky Congresswoman Wilson (D) who was SECRETLY on a very personal call, and gave a total lie on content.” And he has continued to slather her with layers of ugliness and dishonesty. His Chief of Staff, John Kelly, went on national television and called the Congresswoman an “empty barrel” (show boat) and accused her of lying - about the call and other non-related issues. The White House press secretary added, “As we say in the South: all hat, no cattle”. (Congresswoman Wilson is known in the Capitol and in South Florida for her colorful hats.) And so, goes the days of our lives.

The Congresswoman, a friend of the bereaved family, was in effect, invited on the call by the widow when she asked the call be put on speaker, as they were riding to the airport to meet the body of her husband. Everyone riding in the car overheard the conversation and the widow’s mother immediately verified the Congresswoman’s account of the call.  Eventually so did Kelly, when he admitted the words reported were indeed used – but they were misunderstood and it was also revealed that he too was privy to the phone conversation, as he was in the room when the “very personal and private call” was made.

This is the darkness in which we are now trapped but if you believe in karma, you and I know trouble don’t last always.

It is the winter of despair. Though there are times we can’t help but feel helpless and hopeless, we must remain optimistic because #45, like life, is just a temporary assignment.